We use cookies to give you the best experience on our website. By using our site, you agree to our use of cookies. "Lava Drops" Learn more

The tonal wonders of the fretless electric guitar and bass

Fretless instruments are not new to the musical zeitgeist. Several have existed over the centuries, from the zither to the oud. These are the instruments that made their melodies what they are, allowing for microtonality and precision of notes in the hands of true masters. Many of these more “exotic” instruments came from the eastern countries, such as Turkey, Egypt, Syria etc. where music and melodies don’t follow western classical traditions. In western music, you have a variety of stringed orchestra instruments, from the violin to the viola. From the cello to the double bass. The lack of frets, like their eastern brethren, allows for the precision of note and tuning in the hands of great players. These instruments have also found their way into popular music, from the double bass being a mainstay in jazz and roots music to their electric fretless versions made popular by players like Bill Wyman (who arguably created the first fretless electric bass) and Jaco Pastorious.

Meanwhile, fretted instruments are wide and common, with several variations to the design from fanned frets, to true-temperament frets (the squiggly ones, for lack of a better term). Standard frets do lock an instrument into a set temperament. It makes instruments like the guitar and bass much easier to play since there is no guesswork involved around where to place your finger on the fretboard.

For the advantages, there are trade-offs. The big one is temperament. Western music long adopted equal-temperament tuning, which allowed for 12 semitones per octave. However, experts will tell you that, mathematically, Eb and D#, though technically the same note in western tuning, are not the same. There are ever-so-slight variances. It would also mean a whole lot of other frets on the instrument, and some notes being next to impossible to play without equal temperament. 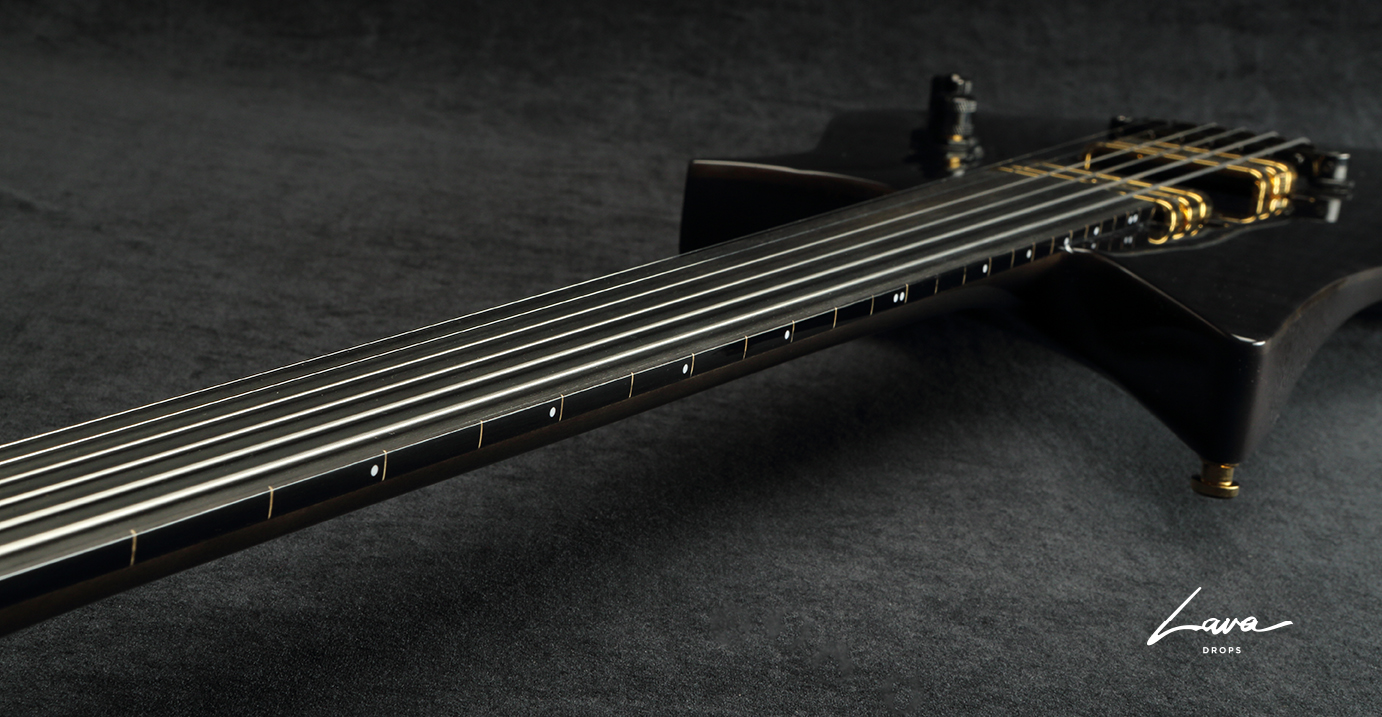 Guitarists will also experience this phenomena when fretting chords at different spots on the neck. No matter how well your guitar is tuned and intonated, some chords just sound a bit off. Some players like Keith Richards and Eddie Van Halen compensated for this by flattening or sharpening certain strings on their guitars so that chords at particular spots on the neck will sound in tune, but it’s not a complete fix for all spots on the neck. With a fretless electric guitar or fretless bass guitar, it is possible to play intervals and chords more in tune by making slight adjustments with the fingers. The lack of frets allows even the most minute changes, making chords and intervals arguably ring more true.

Fretless guitar and bass also give western players access to microtonality. Players like Jeff Beck have managed to blend eastern influences in their melodies through precise bending, or the use of the whammy bar. Fretless guitar is just another means of achieving those sounds in the same way an oud player would, for example. This unlocks a whole new level of expression.

Temperament aside, the instruments also allow a degree of expression that is not always possible on fretted instruments. Techniques like glissandos are much more smooth and more fluid. On a fretted instrument, a glissando will feature the distinct steps of the semitones as you slide up and down the neck; hardly the same effect. Now players can easily slide one line, one interval, or even a whole chord into the next.

Guitarists and bassists also have access to new vibrato techniques which are impossible on fretted instruments. The beautiful finger vibrato that string players use can easily be done on a fretless guitar or bass. Applying that technique on a fretted instrument doesn’t yield the same result, sound or width of vibrato (where the note can be vibrated on the sharp side or flat side. Fretted instruments only allow you to pull sharp, unless you bend up to the note and apply vibrato.)

Now, picking up one of these instruments is going to be an adjustment for the average player. For one, the lack of frets will test their ear. Most guitars should have position markers on the neck (on the fretboard and/or on the edge of the fretboard) to aid the player, and some fretless necks have “frets” inlaid into them to help position the fingers. The latter provides another level of adaptation as most players are used to fretting the note between the fret wire. With a fretless instrument, the finger must be played directly over the marker to be properly intonated. Vibrato also poses a bit of an adjustment. On fretted instruments, moving the string up and down on the vertical plane is quite common. This will not work on a fretless instrument because of the nature of the fretboard and the lack of frets. Players will need to apply finger vibrato, much like classical string players do, where the finger is moved back and forth on the horizontal plane.

That being said, the adjustments do make the instrument worth trying. New sounds and techniques often bring new inspiration. Notes sound warmer and have that round sound to them, especially associated with fretless bass. You can also achieve real microtonality, giving melodies and an almost vocal-like quality of the note being slightly flat or sharp, then moving to pitch, with great ease.

Lava Drop guitars have been building fretless instruments since the beginning. Like with our fanned frets, any model guitar or bass with any number of strings can be ordered with a fretless fingerboard.

While different manufacturers use different materials for their fretboards (from wood to epoxyed wood, to metal and even glass), Lava Drops uses high-grade ebony for our fingerboards. This wood provides a warm sound to the note and keeps with the tradition of fine woods being used for fine stringed instruments. Using this wood also keeps the instruments firmly rooted in our mission to provide the ultimate marriage between the natural world and modern guitar and bass building.